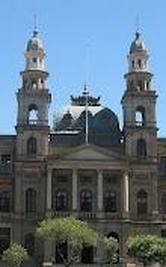 A false arrest or unlawful arrest must be perpetrated by one who asserts that he or she is acting pursuant to legal authority, whereas a false imprisonment is any unlawful confinement. For example, if a sheriff arrests a person without any Probable Cause or reasonable basis, the sheriff has committed the torts of false arrest and false imprisonment. The sheriff has acted under the assumption of legal authority to deprive a person unlawfully of his or her liberty of movement.

If, however, a driver refuses to allow a passenger to depart from a vehicle, the driver has committed the tort of false imprisonment because he or she unlawfully restrains freedom of movement. The driver has not committed false arrest, however, since he or she is not claiming to act under legal authority. A person who knowingly gives police false information in order to have someone arrested has committed the tort of Malicious Prosecution.

An action can be instituted for the damages ensuing from false arrest, such as loss of salary while imprisoned, or injury to reputation that results in a pecuniary loss to the victim. Ill will and malice are not elements of the tort, but if these factors are proven, Punitive Damages can be awarded in addition to Compensatory Damages or nominal damages.


The Definitions false arrest n. physically detaining someone without the legal right to do so. Quite often this involves private security people, or other owners or employees of retail establishments who hold someone without having seen a crime committed in their presence or pretend that they are police officers. While they may be entitled to make a "citizen's arrest" they had better be sure that they have a person who has committed a crime, and they must call law enforcement officers to take over at the first opportunity. Other common false arrest situations include an arrest by a police officer of the wrong person or without probable cause to believe a crime has been committed and/or without a warrant. Only when the arresting party knowingly holds someone who has not committed a crime, is the false arrest itself a crime. However, probable false arrest can be the basis of a lawsuit for damages, including mental distress and embarrassment. (See: false imprisonment)

Malicious Prosecution n. filing a lawsuit with the intention of creating problems for the defendant such as costs, attorneys fees, anguish, or distraction when there is no substantial basis for the suit. If the defendant in the lawsuit wins, and has evidence that the suit was filed out of spite and without any legal or factual foundation, he/she may, in turn, sue for damages against the person who filed the original action. If malice is clearly proved against the party who brought the original suit, punitive damages may be awarded along with special and general damages. In recent cases, courts have ruled that an attorney who knowingly assists a client in filing a worthless lawsuit out of malice or spite may be liable for damages along with the client. The suit by the victim to recover damages for a malicious prosecution cannot be filed until the original law suit is decided in favor of the victim. (See: malice)