SERI represents the residents of 11 buildings in inner-city Johannesburg who are challenging the lawfulness and constitutionality of over 20 police raids conducted at the behest of the Minister of Police and the Mayor of the City of Johannesburg, Herman Mashaba, between 30 June 2017 and 3 May 2018.

The majority of the 20 raids were authorised in terms of section 13(7) of the South African Police Services Act 68 of 1995, which empowers the police to “cordon-off” an area to “restore public order or ensure the safety of the public”, while two were conducted without any legal authorisation at all. The residents challenge the constitutionality of section 13(7) insofar as it allows for a person’s home to be searched without a warrant issued by a court. The residents also claim compensation for the breach of their rights to privacy and human dignity.
During the raids, which were jointly conducted by the South African Police Services (SAPS), the Johannesburg Metropolitan Police Department (JMPD), the Department of Home Affairs and the City of Johannesburg, officials forced residents out of the buildings and onto the streets (often in the middle of the night while residents were only partially clothed), where they were searched, finger-printed and commanded to produce copies of their identity documents, passports or asylum seekers’ permits. Anyone who was unable to produce their identity documents was detained.

Some South African citizens who could not produce their identity documents were arrested because, according to one official, they “looked too dark” to be South African. Most of those that were arrested were never charged and released after a day or two Inside the buildings, the police often left the residents’ homes in disarray by breaking down doors and partitions, damaging furniture and even stealing valuable items and small amounts of cash.

The matter was heard before a full Bench of the South Gauteng High Court on 16 March 2020. On 29 June 2020, the full bench of the High Court in Johannesburg delivered a judgment declaring section 13 (7) (c)  of the SAPS Act constitutionally invalid.


Residents of Industry House, 5 Davies Street, New Doornfontein, Johannesburg and Others v Minister of Police and Others (18205/2018) [2020] ZAGPJHC

Case Summary: Search and seizure - Without warrant - including private homes in an area cordoned off on the authority of a national or provincial commissioner of police with the object of restoring public order or to ensure the safety of the public in the particular area – Provision infringing constitutionally entrenched right to privacy – Section 13(7) (c) of the SAPS Act is overbroad and therefore unconstitutional - Declaration of unconstitutionality suspended to afford legislature time to cure invalidity – Reading-in to regulate interim situation - South Africa Police Services Act 68 of 1995 (the SAPS Act), s 13(7).

Review - Promotion of Administrative Justice Act 2 of 2000 (PAJA) – Decisions of the then acting provincial commissioner and of the former provincial commissioner to issue authorisations in terms of s 13(7) of the SAPS Act in respect of particular areas in the inner city of Johannesburg during the period 27 June 2017 to 3 May 2018, reviewed and set aside under PAJA.

Lockdown regulations promulgated by the Minister of Cooperative Governance and Traditional Affairs Nkosazana Dlamini-Zuma have been condemned by the Gauteng High Court; so much so, that the laws have been deemed “unconstitutional and invalid”.
​ 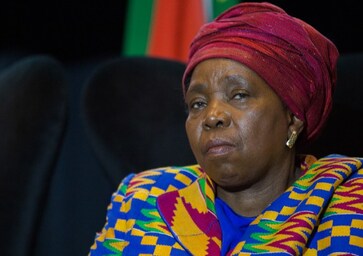 The judgment said the regulations "in a substantial number of instances are not rationally connected to the objectives of slowing the rate of infection or limiting the spread" of Covid-19.

The lockdown regulations go against rights enshrined in the Bill of Rights, the judgment says.

The court did find that the regulations relating to education, prohibitions against evictions, initiation practices and the closure of night clubs, fitness centres and borders all appear to be rationally connected to the stated objectives.
Download the complete application below:
​
Complete Application (189 pages 36MB – 18 sets of less than 2MB each)


Courtesy https://www.libertyfighters.co.za/news/de-beer-lfn-challenge-all-lockdown/
​
Download Judgment
Appeal - 28 May 2020 - Minister of Police ordered to pay R50,000 for unlawful arrest.
What constitutes a valid claim against the police?

The following incidents can be grounds for a claim against the police:

​Note that police may arrest citizens without a warrant only if they witness a crime or have reasonable suspicion that an individual is guilty of a Schedule 1 offence, such as rape, robbery or arson.
The police and the country’s security services are here to protect us. For the most part, they do a commendable job, despite the many challenges they face.

However, members of the South African Police Service (SAPS) sometimes act wrongly. This can have devastating consequences for those who get caught up police-related incidents. 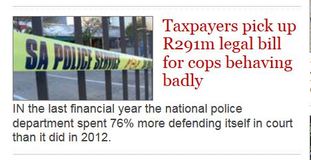 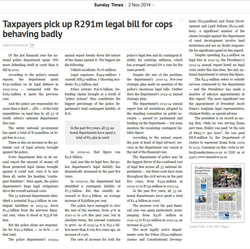 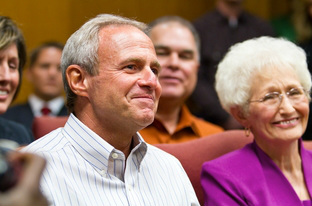 GEORGETOWN — With an irrepressible grin, Michael Morton walked out of the Williamson County courthouse today, hand in hand with his sister Vicky Warlick, into a free world he last saw when Ronald Reagan was president.

Morton, 57, was released today from the Michael state prison unit near Palestine in East Texas, a day after his defense lawyers and Williamson County prosecutors agreed that his conviction for the 1986 murder of his wife Christine Morton should be overturned based on the results of recent DNA testing.

After Morton was freed in 2011, a court found that the prosecutor in his case intentionally withheld information that could have prevented the wrongful conviction.
﻿There may be reasons in law why you were arrested, but let us consider the merits of your case. Due to poor police training or prosecution, it may be possible that you were unlawfully arrested, so pursue you case today.﻿