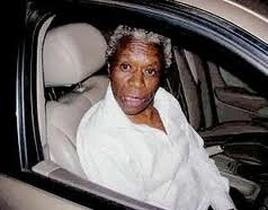 Motata claims that such a tribunal, which would investigate the allegations of gross misconduct levelled against him, would be unconstitutional and unlawful.

In court papers filed in Pretoria on Friday, Motata applied for an order that would prevent Radebe instructing the Judicial Service Commission to appoint the tribunal.

Motata also wants Radebe's decision that he be placed on special leave declared unconstitutional and unlawful. He wants to be allowed to return to work as a judge.

Motata said the constitution did not make provision for a code of conduct for judges and did not define "gross misconduct".

"There is no provision in the constitution which confers a right on the commission to decide which conduct constitutes gross misconduct," said Motata in court papers.

Motata was found guilty of drunken driving in September 2009 after crashing his luxury car into the perimeter wall of the house of Johannesburg businessman Richard Baird on January 7,  2007.

Motata told Baird at the time that no "boer" was going to undermine him.

He told Baird: "This used to be a white man's land, even if they can have more land ... South Africa is ours, we are ruling South Africa."

Pretorius applied for Motata to be removed from the bench, saying he was not fit to be a judge.

AfriForum instituted a case of hate speech against him .

In his court papers, Motata said there was no legal basis for AfriForum's opinion that he should be permanently removed from his position as a judge. He denied that he had made racial utterances.

He claimed the hate speech complaints against him made to the JSC had been instigated by someone within the commission. The misconduct inquiry was to be conducted with the aim of finding him guilty of gross misconduct, Motata said.

"This is aimed at recommending, through parliament, to the president, my removal from office."

Motata said he was not consulted and did not agree to be placed on special leave.

"I therefore played no role in this regard except that I was informed that special leave would be extended," he said.

Motata denied acknowledging that a judge could not realistically be expected to carry out his duties while being the subject of an investigation involving allegations of racism, criminal conduct and dishonesty.

In a responding affidavit, the commission's advocate, Vasantrai Soni, said Motata's case had no merit.

Soni said the Judicial Service Commission's authority to investigate a judge and decide if he were guilty of gross misconduct arose from the constitution.

The commission had played no role in Radebe's decision to place Motata on special leave, and his case for reinstatement was factually and legally without basis, he said.

Soni said the allegation that the commission was preventing Motata from pursuing his work was misconceived.

He said the rules regulating the operation of the judicial conduct tribunal had not been finalised, which was why the Judicial Service Commission had not asked President Jacob Zuma for Motata's suspension.

"Accordingly, it [was] felt [by the Judicial Service Commission that it was] unfair . to ask for [Motata's] suspension, which could entail no remuneration while there was a delay in the establishment of the tribunal that would investigate him," said Soni.

He agreed with Motata that the constitution did not make provision for a code of conduct for judges or define what constituted gross misconduct on the part of a judge.

Why can't he bow out with dignity?